Skip to content
Spread the love
1.      Barbara Bradley, author of Hesitant Desire, is the subject of my scrutiny today. Check out what makes this writer tick and find out a little bit about her writing. Without further ado…
Barbara Donlon Bradley
author of
Hesitant Desire
What does an average day for you consist of?  What is your writing schedule like? 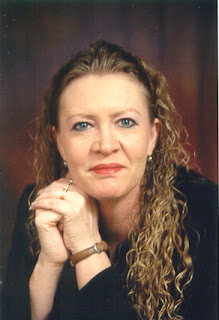 Well I work part time as a merchandiser so I have several days a week where I’m out of the house. I also the care giver for my mother-in-law (hubby works full time so I’m the one who takes her to the doctor, makes sure she’s taking her pills etc) and there’s a lot to deal with everyday so if I can write, promote, edit (I edit for Melange Books) during the day I do but my writing time is from 8 pm until I go to bed every night. I have my laptop open and on my lap and work on my stories while the family is watching TV. Some people can’t write with the noise but I tune it right out.
2.      Do you have a current work in progress?  Can you tell us about it?
I’m continuing my work on my Vespian Way series. It started as one book and I’m now working on book seven and eight. In book seven I’m introducing a new villain named Reasta. She wants to build a race of warriors from my heroine of the series, Heather. She has tried to manipulate the timeline to achieve this. Even tried to kill off Storm, my hero, to get what she wanted.
In Book eight the battle against Reasta continues and Heather and Storm disguise themselves to be part of Vespian security. The goal of this book is to try to free the ruling council from Reasta’s grasp. If they can free them then the next book will be them trying to free the ancients trapped on the ship.
Who is your favorite author, and why?  What is your favorite book of all time?
I have two – Joanna Lindsey and Kathleen Woodiwiss. I think Shanna is my all time favorite. It’s what got me into romance.
1.      Do you incorporate animals in your stories?  Which ones?
I have in this series I’m working on. One of my characters has a tabby named Pumpkin that has helped with several plots in the books she’s in. And my hero Storm is a shapeshifter. He turns into a wolf. That started in book three’s Animal Desire and has showed up in the books after Animal Desire.
What can we expect next from you? 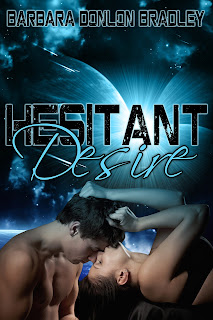 I’m working hard on the Vespian Way series. Forgotten Desire, book six of the series is due out on Sept 24th  and I’m working hard on the next two books in the series.
Author Bio:
Writing for Barbara Donlon Bradley  started innocently enough, like most she kept diaries, journals, and wrote an occasional letter but she also had a vivid imagination and wrote scenes and short stories adding characters to her favorite shows and comic books. As time went on she found the passion for writing to be a strong drive for her. Humor is also very strong in her life. No matter how hard she tries to write something deep and dark, it will never happen. That humor bleeds into her writing. Since she can’t beat it she has learned to use it to her advantage. Now she lives in Tidewater Virginia with two cats, one mother in law – she’s 86 now, her husband and teenage son.