I’m Lisa Carlisle and I write erotic paranormal romance for Ellora’s Cave. I love paranormal romances and I love rock stars. When they’re together in one story, yum! Here are my latest releases in my Underground Encounters series.
Bloodlust and Metal
On the run from a master vampire, young vampire Layla Black flees London to reinvent herself as the singer of an Eighties cover band in Boston. Devon St. Clair is the bounty hunter hired to track her down. As a shapeshifter with extraordinary skills, his reputation is known throughout the supernatural world. Capturing Layla should be an easy gig that will net a nice profit. 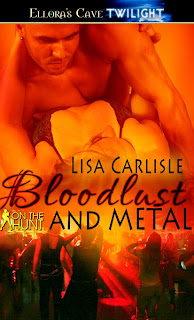 Barnes and Noble
Reviews
“The relationship between Devon and Layla in intricately built to lure the reader in. The enticement of love built from the ashes of the past is like catnip keeping the reader sitting on the edge. The evolution is amazing and demonstrates life can change even the most hardened heart.”
4 Cups from Coffee Time Romance and More
Rock Me Tonight
Lily Everett wants a lover, but won’t consider a permanent relationship, because she harbors a secret she’s certain no one will understand. When she meets the singer of a rock band at an underground nightclub, she’s disarmed by his sensual voice and mischievous good looks. After an icy introduction, Lily warms up to Nico’s charms. 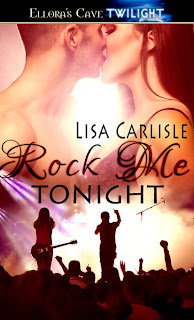 A computer geek by day, Nico dons a rock singer persona by night. He’s tired of women pursuing him just because he’s in a band—the sex may be handy, but he wants something more. He’s intrigued by Lily’s reticence.
Keeping her emotional distance proves difficult the more Lily uncovers the intelligent, considerate man hiding behind Nico’s bad-boy persona. Their encounters are hot-hot-hot, but Nico wants more from Lily than sex. When Lily lets down her guard and reveals her other side, Nico’s shock destroys their closeness and they both doubt they can overcome their differences.
A Romantica® paranormal/shapeshifter erotic romance from Ellora’s Cave
Read an excerpt
Buy now at:Ellora’s CaveAmazon

Barnes and NobleAll Romance Ebooks
Reviews
A Summer Pick by All Romance Ebooks!
A Top Pick by Night Owl ReviewsThe chemistry between Lily and Nico is off the charts. The sex is hot and steamy. They are a great match together in and out of the bedroom. ~ Night Owl Reviews
Recommended by USA Today!
“The trailer for Rock Me Tonight by Lisa Carlisle might be short, but it grabs you right away with the driving beat of the soundtrack. The images are a mix of glimpses of the rock lifestyle and sexy clinches — yum — and then the script draws you in with nerds who become rock stars by night and heroines with secrets. Can we all raise a lighter to this one?” 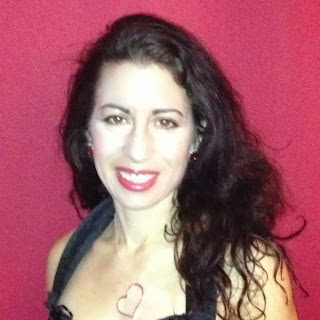 I’m feel very honored to be a multi-published, award-winning author writing in different genres since I’ve wanted to be a writer since I was in sixth grade. For much of my professional career, I’ve written non-fiction — I’ve discovered writing romance is the most fun!
Life took a strange turn when I was younger and I ended up enlisting in the Marines, where I served in Parris Island, the California desert, and Okinawa, Japan. Then I backpacked alone through Europe,  and lived in Paris. I owned a bookstore for a few years before becoming a writer as I love to read. Currently, I live in New England with my fantastic husband and kids.

Be sure to visit my Web site at http://www.lisacarlislebooks.com/books and sign up for my newsletter to be the first to hear of new releases, specials, or freebies. You can also explore fun extras, like the playlists for my books.
Coming soon—A Gargoyle’s Embrace.
Let’s connect:
Facebook
Twitter
Pinterest