Skip to content
Spread the love
It’s NaNoWriMo, baby! Which means I’m an in full-on Terminator-mode for word count. However duty as a writer keeps me reading. Also the fact that I have promised several fellow authors in months past to review their work keeps me reading. Last but not least is the fact that if, as a writer, I don’t read… well, I just suck. I mean, you can’t truly be a writer if you aren’t also a reader. This doesn’t have to be prolific. The cosmos knows that, between our day/night jobs, school families, and our secret identities as authors, we don’t have a lot of time. BUT we still must read to be worth our salt as writers. This is just my opinion, not always shared by others, but a supreme belief held by moi.
That spiel out of the way, I’m posting a quick review of the book I finished just prior to this month of hell joy and delight. Enjoy!
***
Review: 4 November 2012
Title: Shadows in the Dark
Author: LD Hutchinson
Length: 139 pages 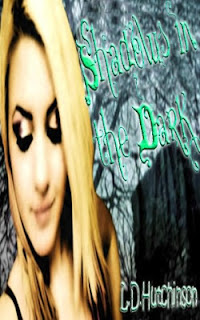 Shadows in the Dark by LD Hutchinson is a tale about Avangeline, a woman who is out of place in this world. Phoenix is the vampire sent to protect her, against his will.
I will state that this is the first story I’ve read by this author, and the initial prologue led to confusion for me. On a whole, there was so much information provided, names and vague dates to follow, that the information would have been better suited to being woven into the story as smaller bits of exposition. Another item that was complex was the prologue’s apparent presentation of a letter to someone. Nearly half the prologue had passed before I realized this was the author’s intention and adjusted my reading to fit. A salutation of some sort would have been pleasant from the reader’s standpoint. Despite the difficulties, the blurb had caught my attention so I continued.
Avangeline as a character was enjoyable and I felt I could readily identify with her. She had an easy train of thought, well displayed reactions to people and situations, and was likeable. The flaws that she did have were implemented in just the right way to make the reader believe she was a real person being written about, even if she was a little eager to dismiss bad things happening to her. Phoenix, on the other hand, was less personable for me. Often I found him less interesting and flat from a characterization point of view. A cliched appearance might have led to my initial dislike. One expects blue-black hair, impossibly tall, and striking eyes from a vampire, but dull dialogue and predictability cinched it.
I don’t want it to be misconstrued that I didn’t like the story. As a reader, I enjoyed it. That is why I’m giving it 2 1/2 stars. (My rating system is as follows: 0=hated it, 1=disliked it, 2=okay but not for me, 3=liked it, 4=really liked it, and 5=loved it.) As a fellow writer, I have to say the Ms. Hutchinson has talent. She has a seamless way of blending action and scenes that is not easy to develop – brava! As an editor however, I pulled out my red pen because there are several places where editing tripped me up and pulled me from the story. I also think this should be priced more at $0.99 since it is not a full novel. A full-sized e-book is generally priced at $1.99 or $2.99.
Despite the somewhat steep pricing for a novella and the editing troubles I ran across, I did find the concept of the story interesting. Many authors attempt to combine witches and vampires, without success; Ms. Hutchinson however did a good job of it. My overall estimation of this tale is a good one. I will look forward to future installments in the series. (I understand there are to be several more.) I will also look to see how Ms. Hutchinson progresses as a writer and how her stories are impacted.
Rating: 2 ½ Stars