“How do you get your ideas?”
“Are you a plotter or a pantser?”
These are the two questions I’m asked the most and the easy answer to the first is simply, ‘Life’.  I’ve 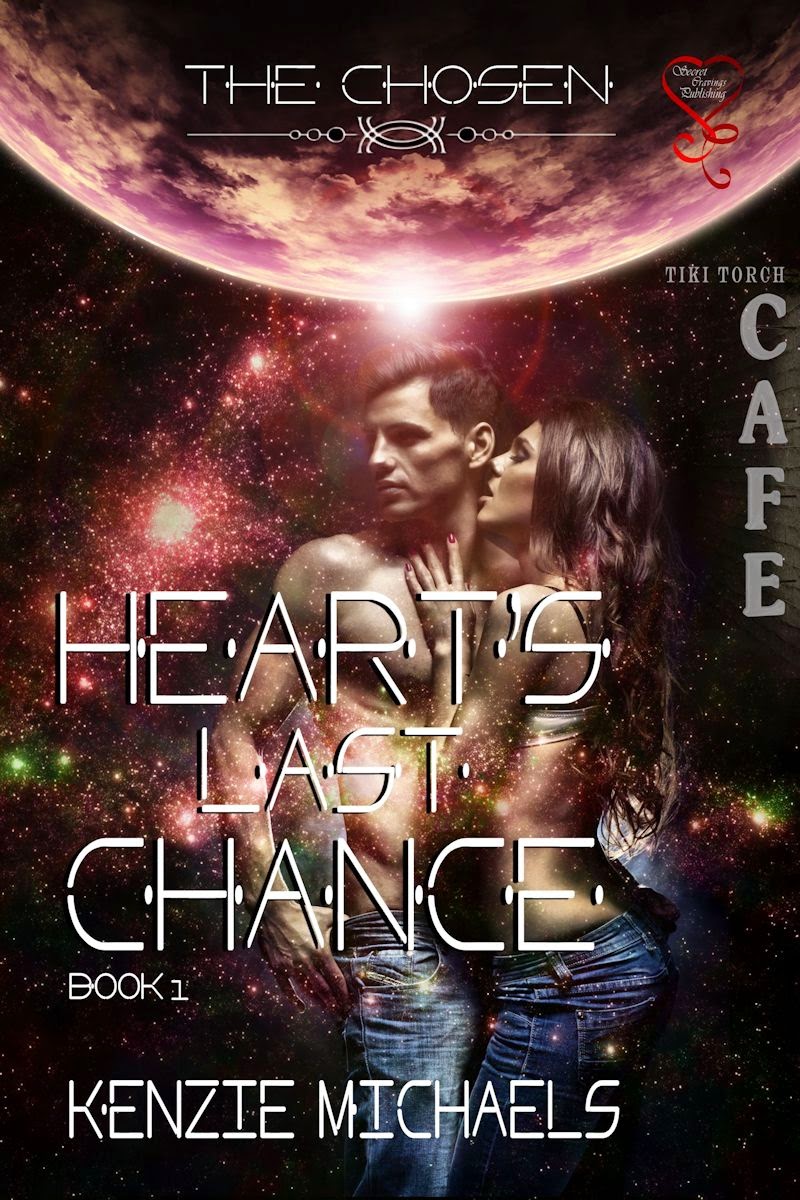 gotten ideas while shopping, waiting in the dentist chair, from news blurbs on the radio, and even from my own experiences.

The second question isn’t so easy to answer.  I’ve had books come to me, fully formed, while others started out with nothing more than a vague idea.  I’ve sat down at the computer with a brief outline or simply a character telling me what to write.  I have noticed most of my completed work is when I have some idea of where the story is going, whether it be HEA or some sort of plot line.
My latest book, and the upcoming sequels, came about simply because I decided to try something new.  I had read Water Lust by Mary Winter back in 2002, and since hers dealt with a merman, I decided to try an imaginary friend.  I had no idea Brock would reveal himself to be an alien; my initial idea was ghost.  I put it away for a few years, since I didn’t want to write about space aliens; hadn’t I learned my lesson in the 9thgrade, when I tried to write my own ending to Star Wars?
Last year, I came across those handwritten pages, and decided to finish the story.  The result was Heart’s Last Chance, and two months later, Brock’s brother Niko demanded his story.  When I pitched it to my publisher, I mentioned the possibility of four or five sequels, since Brock has four siblings and a widowed mother.  My publisher sent me a contract for the entire series.  What the hell had I done?
My class reunion approached.  Five years ago, classmates pitched ideas at me left and right, which I turned into Class Reunion (published last year).  I jokingly wondered if anyone would talk to me this year, since I had taken liberties with personal stories, and hoped I’d disguised them enough.  This time, a character and a title were pitched, and since I have aliens on the brain, you guessed it….I’m now writing the 4th book in that series, even though Niko’s not finished, and #3 is still an idea!
So that’s how my series was ‘born’, and maybe it gives you a glimpse into the strange life of a romance writer.
_________________________________________________________________________
Heart’s Last Chance released Sept 12th and is available on Amazon, B&N, Smashwords, ARE, and IBooks the following week.  Here’s a spicy excerpt for your enjoyment.
Everyone has an imaginary friend at some point, right?  Well, what if you discover yours is actually an alien who is fascinated with Earth?
Tricia Alexander’s dreams are haunted by a mystery lover.  When she discovers the man she met in a nightclub is from another planet, will she accept his story or kick him out?
Brock was young Tricia’s imaginary friend and confidant, and watched her grow up over the years.  After gaining permission from the leaders of his planet, he sought to bond with her twice before, but with little results.  When he’s given a final chance, will he succeed?  Or will a family crisis prove too much?
Excerpt: (spicy rating)
“Hurry up, I have another surprise for you.”
Brock scrubbed his body and hair, then shut off the water. Wrapping his towel around him, he paused at the sight of his Chosen spread-eagle on the bed, stroking herself with a small object. His throat went dry as she let out a gasp and repeated the action.
“See something you like?” Her breathy voice was heavy with passion.
“Keep going…that is so hot.” He dried his skin, never taking his eyes from the erotic scene in front of him.
She brought the object to her face and turned the base, causing a low buzzing sound.
Brock’s cock sprang back to life when she plunged it back onto the lips of her glistening pussy. Her pretty face contorted with passion as she cried out. She gasped, her legs twitching as she came down, then moved it to a new place, using a circular motion.
“Put it in.” Stroking his rod, Brock threw the towel on the floor.
Tricia obliged, and drew her legs up while keeping them apart. “Want to do this?”
“Hell yes.” He experimented with the smooth vibrating object, moving it around to gauge her reaction before placing it right on her clit. 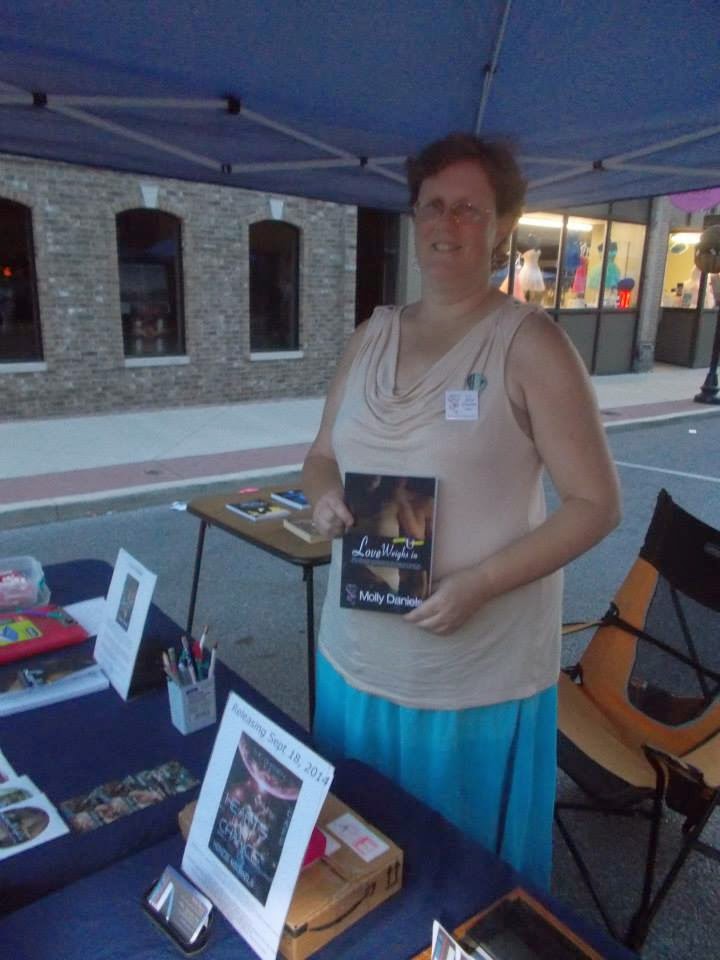 Nook:
http://www.barnesandnoble.com/s/kenzie-michaels?keyword=kenzie+michaels&store=eb
ook
ARE: http://www.allromanceebooks.com/storeSearch.html
Bio:
Kenzie is the ‘wild child’ of author Molly Daniels. They cohabitate nicely inside the brain of a woman in Indiana who’s the mother of three and ‘Aunt Molly’ to the entire neighborhood. A devout chocoholic, her hubby has learned to watch out when the characters in her head take over and not get too upset when the words are flowing and all concept of time is lost. (LOL)
◘◘◘◘◘◘◘◘◘◘◘◘◘◘◘◘◘◘◘◘◘◘◘◘◘◘◘◘◘◘◘◘◘◘◘◘◘◘◘◘◘◘
Blog Host: 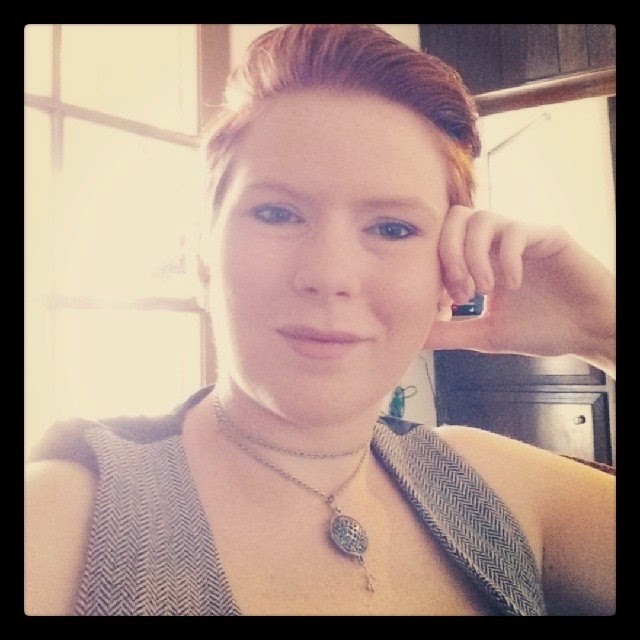 BC Brown is the author of three novels and has participated in multiple short story anthologies. Having committed almost every ‘bad deed’ in the book of ‘How to Be An Author’, she now strives to educate other writers through humor and simple instruction.
Books: A Touch of Darkness ◘ A Touch of Madness