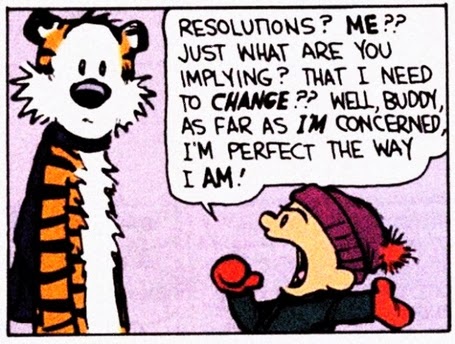 New Year’s. And those damned resolutions.

A new year. The first day in what is supposed to be a promising opportunity to change your ways, do something positive with yourself or your life, really buckle down and focus on what is important to you.

We all make them – resolutions. Even when we promise ourselves we won’t. Even when we think we’re too non-conformist to cave to such antiquated notions. I’m no exception. I looked at things I wanted to improve. One such things was my writing.

What did I do? I made a list. Basically, a resolution to work on my writing by following that list daily (or at least 4 days a week). I started this in December, not wating to put off for tomorrow what one can do for today… yaddah, yaddah, yaddah.

What do you think has happened by January 1st? 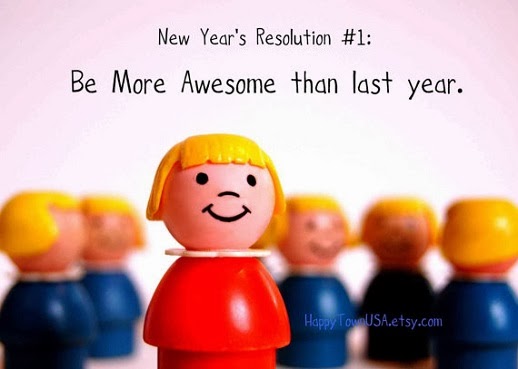 Why indeed? Probably because I’m lazy. But mostly because the mindset behind resolutions is wrong. We focus on things we want to be, instead of on the things we are.
I am a writer. I have been for ages. But lately I haven’t been acting like one. I’ve done nothing but lip service to the fact. Rather than say I’m going to work on writing more, I should be saying, “If I don’t write, I can no longer call myself a writer.” I, basically, need to nut up or shut up at this point.
It’s one thing to go through a dry spell, or take some time off to recuperate or a much needed vacation, or because you have something that absolutely keeps you from writing. It’s another thing to just be lazy and still claim the title.
So this is my New Year’s resolution: Resolutions be damned! It’s time to nut up or shut up. It’s time to be a writer, to be healthy, to just be. I won’t try. I will do or not, and I will forever hang up my crown as “writer” if I don’t.
I mean, it’s nothing big, right? Only like ripping my still beating heart from my chest.

3 thoughts on “Resolutions Be Damned”