I fielded this very question the other day from a confused acquaintance trying to figure out the importance of hashtags and how to use Twitter. As a matter of fact, his exact wording was “I don’t use Twitter. I don’t get it and what all those stupid number signs are for.”

So I broke it down into as simple terms as I could (following Facebook parameters since he does use that social media source). 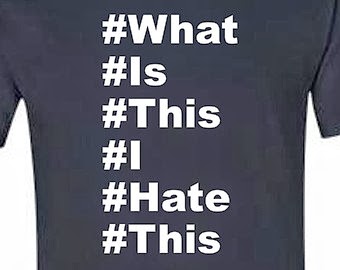 Now… the hashtags. The true confusion. Hashtags (or those things that look like this #pithycomment).

The basics of hashtags allows a person to open and follow an exact conversation on another browser window. Think of it as akin to Facebook’s messenger feature. You can click on the #hashtag and be taken directly to everybody talking about that #hashtag (at least those using it in their posts). It’s like global messenger without having to friend everyone on the globe.

Here’s an example: A television show (we’ll use one of my favorites) Doctor Who uses the hashtag #DoctorWho. It allows everyone on the planet to read the comments of every Whovian on the planet talking about #DoctorWho. So, for instance, say you’re watching the latest episode (Oh, if ONLY it were on right this moment…I loathe waiting for new seasons to begin!) and you want to talk with other Whovians at the same time. You simply “tweet” (or post a status update, in Facebook terms) something like:

(The quotations aren’t needed btw.) This post will be shown on your stream (or news feed) as well as going onto the #DoctorWho stream that anyone can follow. (Think of it like tagging a specific friend in a specific status so they and everyone they’ve friended can see it. Only this ‘tagging’ goes out for everyone in the world to see, not just the people you designate.)

So what happens if I want a specific friend to see it? Simple. Let’s look at another example:

This example will go on my stream, the global #DoctorWho stream, and my friend @KenzieMichaels’s stream. (By and by, Kenzie Michaels is a real friend of mine in life and on Twitter. She’s a romance writer and one of the sweetest people of all time. Go check her out on Twitter. Search for her under @KenzieMichaels and you’ll be glad you did.)

Some of the #hashtags I use on a regular basis are: 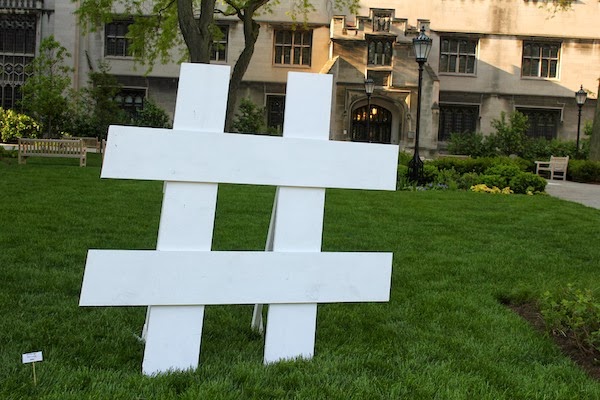 #Authors – This tag lets me follow other authors and what they are up to. Writers who use this particular tag use it for all sorts of information from reviews of their books, to tips for other writers, to letting readers know about new releases or content they have available.
#AmWriting – This tag lets readers and other authors know what we’re working on. It’s like a small bit of accountability for writers.
#NerdGirl – This is my personal hashtag. I use it in combination with other hashtags to indicate things that fall into this category of my personal life.
#RokeQueen – Another personal hashtag. The ‘roke’ is short for ‘karaoke’ if you’re needing to know.

Some of my favorite hashtags are:

If you’re still confused, and it’s perfectly okay if you are, I have another post here about various popular hashtags in use. It’s a great beginners’ guide to using hashtags but mostly geared toward writers. Just remember that the evolution of hashtags is ever ongoing. A tag you use regularly (unless tied to a popular entity) may dry up. Don’t worry about it. Twitter is very helpful with recommending top “trending” tags. And you should always watch what your friends are using. They are the people you will be interacting with the most often. 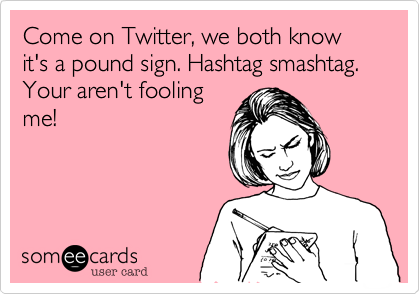