2020 sucked. The year the world spent shut down was difficult on both people & businesses. There were a few notable exceptions, however, & many writers saw massive upticks in online sales while the world sought safe, inexpensive entertainment.

Book sales increased 7.1% over the previous year by October 31, 2020, & that was before the traditional holiday surge seen in the industry.

But just because consumers wanted more books, that didn't mean readers didn't still demand high quality products that intrigued them. With the growing industry now including readers who weren't traditional bibliophiles, authors & book cover designers needed to find a way to capitalize on that demand & expansion of demographics. A good story alone wasn't going to cut it anymore. An author needed to be able to capture consumers not part of their established fanbase. They needed to be unique, bold, & innovative. Authors had to have a single, solid thing that grabbed attention & made their books stand apart. The industry certainly found a way by pivoting hard to embrace new trends.

Let's explore the biggest book cover design trends in 2021 thanks to 2020 book demands.

Minimalism is not a new concept. It is a well-embraced & long-lived design philosophy that speaks to a lot of aesthetics & sensibilities. Despite that, minimalism is not a design concept frequently in broad use across the publishing industry for book cover design.

Traditionally, writers have sought to represent the key concepts in their stories in imagery on their book covers as a second form of telling the story. But standing out from the pack in 2020 & 2021 became essential as new books flooded the market to keep up with demand. And there is little more eye-catching than a clean, white beacon of calm in a bookshelf filled with busy covers or a webpage filled with images, titles, & descriptions.

Authors are no strangers to minimalist design as it's often used in logo design, web design, & marketing package design. But minimalism in book cover design is a bit trickier.

Minimalism's challenges are in the careful choosing of graphics (if any),

typography, & layout because there is nothing else to distract against poor execution or a wrong choice. Titular typography should always outweigh author typography, unless that author is fortunate to have a fanbase that consumes their work based on name alone. The symmetry & balance of the graphics, typography, & use of negative space have to work in harmony so the negative space captures the attention & draws it to the title & graphics.

Bold patterns aren't suited to every book. However, if a bold pattern fits with your book's theme, it's worth capitalizing on the trend that is only lightly being used but getting noised when it is used well.

Of course, legibility should not be sacrificed & bold typography needs to be used to in conjunction with bold pattern. But if this style fits your book's theme & appeals to you, it is worth considering since readers' design preferences are more inclined to them in 2021.

Illustration in book cover design has been used off & on over the years. Once confined to children & YA books & classic science fiction & fantasy genres, 2021 showed more illustration used in romance, mystery, comedy, & contemporary fiction books.

Let's face it, custom illustration is versatile AF. We see their use everywhere from logo design to social media & web design & nearly everything else.

Illustration is a book cover design that is virtually unlimited in its adaptation & implementation. In the end it comes down to the creativity of the designer & their imagination. And imagination is unique & identifiable, which can make an author's book stand out.

With the versatility & expansion of illustration being used in more genres in 2020, its reader anticipation saw continued growth in 2021.

Trompe l’oeil is the technique of creating art to fool the eye. It's been around since ancient Greece & widely used in art. The technique has been less used in book cover design, however. Designers today know that fooling the eye with an illusion of depth in a custom illustration is a novelty & eye-catching to readers.

In the art world, trompe l’oeil is often hyper-realistic & fairly standard with images that are shaded & highlighted in such a way to give the illusion of 3 dimensions. But today's designers have adapted the art form to shatter traditional book cover design boundaries with spine-breaking visuals & faux window glimpses. And don't think the industry is going to stop with graphics either. Typography that seem to just off the cover at readers is gaining momentum, too.

Speaking of typography, previous book cover design (especially in certain genres) used to feel doomed to overly complicated patterns or fonts that were elaborate & over-the-top. But 2021 has seen a dramatic change to simple, easy-to-read typography, & it's used in a myriad of book cover concepts & genres.

This trend could simply be attributed to novelty. It could very well also be linked with an increase in bold patterns usage & its need for large, simple & easier-to-read typography to offer balance. But it could be that accessibility in book cover design is also on the rise & there are two leading factors behind that.

While representation of individuals with disabilities is increasing in books, right now that increase has more focus in children's literature than other genres. However, representation often has to start somewhere. Educating children is a valid & beneficial place to do so since teaching children to value people with disabilities as equal & not "other" like we've been so often depicted means future generations will be more accepting & disabled representation will become the norm rather than the exception.

Let's make no mistake though that disabled representation in books, even children books, is still woefully inadequate.

Book cover designers are not often limited to their work within the writing industry. As designers, many work across industries, including web design & even when they don't no one can escape seeing web design trends in our every day lives.

With the increased focus on accessibility in web design, book cover designers are taking note & beginning to implement the same trends in the writing industry. Artists have long adapted creative elements around societal changes & improvements, & recent movements in ensuring our digital lives are more accessible for everyone definitely shows improvement. Even if we're not all of the way there yet.

Cover art is important, but a book's success lives or dies from its title.

Book titles have to capture a reader's attention & deliver a knock-out message about the book's content or key philosophy inside while hooking a reader's curiosity. All in as little as 3-4 words usually.

That is a lot of pressure! One way book cover designers are taking some of that pressure off a title & a limitation of words is by using creative title graphics.

Creative title graphics are a bit different than using a single graphic/image on a cover along with a title to convey a message. In 2020, book cover designers began replacing single (or multiple) letters in book titles with photo images, icons, & illustrations. 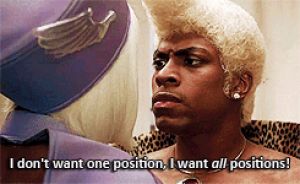 This trend utilized & combined a lot of other trends we saw on the rise in 2020 & now in 2021 in book cover design, such as: minimalism; simple, easy-to-read typography; illustrations; & bold patterns. It's almost as if some book cover designers took a look at the trends on the rise & decided they just were not going to be limited.

2020 rendered indoor activities, unless you were completely alone, unsafe. That forced a lot of people outside & into nature. Is that the cause behind 2020's & subsequently 2021's rise in nature imagery on book covers?

We don't exactly know. But it does seem like an interesting coincidence that the use of natural imagery like oceans, mountains, forests, animals & more skyrocketed when readers & non-readers started seeing more of those things irl. In 2021, the trend doesn't appear to be slowing either. Even with the temporary respite people got from lockdowns briefly this year, with signs showing an uptick of infections & more lockdowns brimming, people are still onboard with natural imagery on their book covers & designers are going with it.

However, just like with other cover design components, if natural imagery doesn't fit your style or the book's theme, take a pass on this trend.

When times are tough, people have a tendency to look fondly toward the past. No one can dispute that 2020 & even 2021 have been hard years. So it's no wonder that people are looking at easing their mental & emotional health with nostalgic distractions. Hence, the rise in retro-inspired book covers recently.

Book covers are promises of what's to come an author makes to their readers.

Retro nostalgic covers do have to be handled with a bit of care & consideration, however. If a book is set in a historical time period, invoking the tone of the era through the cover design is logical. If a story pays homage to a style of writing, retro covers can also be used well. If a book has nothing to do thematically or historically with a certain era, however, avoid this trend.

Just remember that trends are fleeting, subjective, & can change on a whim. Especially given the flexibility of the modern reader. For now, however, these 8 trends in book cover design seem to be holding on post pandemic & continuing to capture larger-than-average sales for writers. Of course, that still depends on whether or not the author has produced a good story produced with quality editing & formatting.

BC Brown is a hybrid published author with 20 years of experience in writing, marketing, & publishing. She prefers to write in the urban fantasy & fantasy genres but has published works in contemporary fiction, women's lit, & playwriting. She publishes writing-related videos on Youtube & streams live writing content on both Youtube & Twitch.

BC has an urban fantasy series, The Metaphysical Chronicles, available & a contemporary fiction novel, Karaoke Jane, available. She is an active member of the Central Phoenix Writer's Association in Arizona where she lives with her wife, 4 cats, & german shepherd mix dog.

How to Build an Author Brand